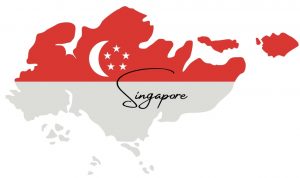 Singapore was still a British colony then, even though a limited self-government had been granted in 1955. Fishing and agriculture were very much a way of life, and poverty and illiteracy were widespread. Chinese communist ideology and guerrilla activity had swept through Indochina and across Southeast Asia, and Singapore had been in a state of emergency since 1948.

However, Singapore was considered a strategic hub,and an Italian Franciscan Friar Gabriele Allegra proposed that a sociological centre be set up in Singapore to offer the Catholic Church’s Social Teachings as an alternative to communism. As a result of dialogue between Rome, leaders of the local Church and Franciscans in Italy, America and Hong Kong, an international group of Franciscan Friars was sent to Singapore in 1957 to establish a Studium Sociologicum for outreach, research and publication of documents to counter communism in the region. The literature included Christian teachings on justice, equality, fraternity and brotherhood. This proved to be very constructive and served to challenge the communist propaganda.

The first friars resided in what was then known as the Bishops’ Palace on Victoria Street. They later moved to Bukit Timah, where they lived at Boys’ Town before obtaining their own property in what is now Bukit Batok.

On 26 August 1958, Archbishop Michael Olçomendy of Malacca-Singapore officially declared the presence and ministry of the Franciscan Friars (Order of Friars Minor) at what was then Jurong Road, 8¾ mile.

Over the years, the community of friars grew. Alongside their work of translating Christian literature, the friars actively engaged in pastoral work and involved themselves in teaching, giving retreats and spiritual direction, and preaching in Singapore as well as in Malaysia.

In 1966, with the diminishing of the communist threat, the decision was taken to move the sociological centre to Taiwan.

In 1970, after the sociological institute was moved to Taiwan, the friars’ chapel was turned into a parish church at the request of Archbishop Olçomendy. A year later, it was formally given the name the Church of St Mary of the Angels, and Friar Sylvester Campbell from Australia became its first parish priest.

However, the Church of St Mary of the Angels is technically not the first Franciscan parish in Singapore. In 1958, by arrangement of the Province of St James of the Marches in Italy, the Franciscans ran a chapel dedicated to Our Lady of Fatima in what was then the small fishing village of Tuas at the end of Jurong Road. The Franciscans entered into a 25-year pastoral contract with the Archbishop of Singapore to establish a church in the north-western part of Singapore, starting with this chapel. Accordingly, a parish centre was built in the new Boon Lay Garden area in 1971, and the new parish Church of St Francis of Assisi was built nearby in 1976. The friars handed the running of the Boon Lay parish back to the Archdiocese of Singapore in 1982, upon expiry of the pastoral contract. 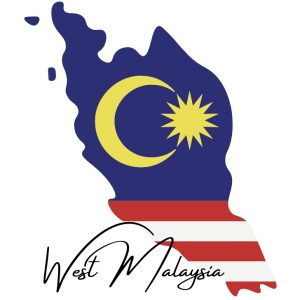 The first friars to set foot in Malaysia arrived in Malacca in the 16th Century, and a Franciscan monastery was built at the top of Bukit China. The monastery was destroyed by the Achinese when they attacked Malacca in 1629, and the friars left Malaysia.

In 2008, the Custody established a community in Johor Bahru. With several Solemn Professed and ordained friars from West Malaysia, the Custody had had aninitial conversation with Bishop Paul Tan SJ in 2007about the possibility of future ministry in Malacca–Johor Diocese.

The first community lived in Majodi Centre until the friars moved to Bandar Sri Alam in 2013.

As requested by Bishop Tan, the friars help in running parish ministries. They serve in three parishes: Church of Immaculate Conception in Johor Bahru, Church of St Elizabeth in Kota Tinggi, and Church of St Joseph inPlentong. The friars also assist the diocese in its care of the migrants and evangelisation office.

In 2015, Bishop Sebastian Francis of Penang Diocese invited the Custody to serve in the parish ministries on the island. He also invited them to set up a pre-novitiate formation community so that candidates could study in the College General, the Catholic seminary in Penang.

Two friars were sent in 2017 to serve in the Church of Risen Christ, Ayer Itam, and serve as chaplains for the Little Sisters of the Poor – Home for the Aged and in pastoral ministry at Mount Miriam Cancer Hospital.

In 2018, Penang Friary was officially established as a pre-novitiate formation community, affiliated to St James of the Marches Friary in Johor Bahru. 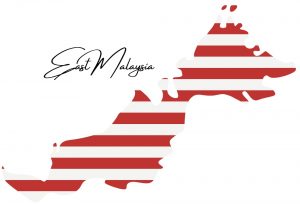 The year 1999 saw the first ordination of a Franciscan Friar from Sarawak. When another was ordained the next year, the Custody began considering expansion to East Malaysia.

That same year, at the invitation of Archbishop of Kuching, Dato’ Sri Peter Chung, friars arrived to care for a parish outside Kuching city. They were initially asked to minister at the parish of St Mark at 3rd mile, but the plan was changed to St Ann’s Mission (Kota Padawan) at 10th mile. The parish is a large area with 53 outstations, and the friars travel most days of the week to the villages and schools to celebrate the Eucharist.

In Sabah, the Custody has been contributing to the spiritual formation of the Secular Franciscans there. Since the 1990s, the Custody has seen more Sabahans join the Order and now has ordained friars and friars in formation from the Dioceses of Sandakan, Keningau and Archdiocese of Kota Kinabalu.