The four Sabahan friars and one Singaporean friar entered the novitiate together in 2015, and after journeying for nine years, became friar-priests in June and July this year. Friar Robin was ordained by Archbishop William Goh at the Church of St Mary of the Angels, Singapore on 21 June. Friars Cosmas, Crispus, Gerald Terence and Sixtus travelled back to Sabah for their ordination by Archbishop John Wong at Sacred Heart Cathedral, Kota Kinabalu on 2 July.

In a tremendous display of Franciscan fraternity on both occasions, nearly 40 friars were part of the procession that entered the church to the resounding singing of the parish choral ensemble. Provincial Minister Phillip Miscamble concelebrated at both ordination Masses. That family members and friends were able to travel from Lahad Datu, Sandakan, Penang and Johor, and even Indonesia and Thailand for the celebrations made them that much more special.

The vocation journey of any Religious entails the support and sacrifice of those around him, particularly his loved ones, and Friar Phillip thanked the families of the newly ordained priests for the gift of their sons to the Franciscan Order and to the Church. Friar Phillip also made special mention of the Franciscan Sisters of the Immaculate Conception, who have been instrumental in promoting Franciscan spirituality and vocations among the youth in Sabah. It is largely thanks to them that our Custody is now blessed with enough young friars to consider establishing a presence in Sabah

Speaking on behalf of the five of them, Friar Gerald admitted they had had many struggles on their journey towards priesthood, but added that the Lord continues to grant them hope and His divine assistance. He thanked all those who supported them through prayers or mentorship – and urged young people to consider the challenging but rewarding life of a Religious.

“Ordination,” Friar Gerald said, “first and foremost, is being a brother to all and the entire creation. Ordination means continuing the focus on living and preaching the Gospel of love and forgiveness.”

He added, “But another important part of our calling to the priesthood is our desire to bring peace and serenity through the sacrament of reconciliation, to offer the same freedom and peace to others – freedom from worry, anxiety, and whatever may be weighing on them – that has so freely been given to us.”

Truly the two weeks were yet more proof of God’s unfailing providence in the growth of His kingdom in this region. 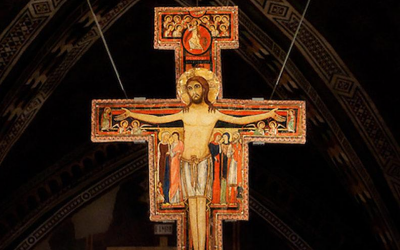 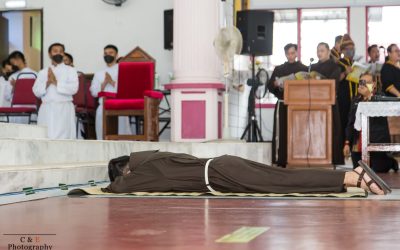 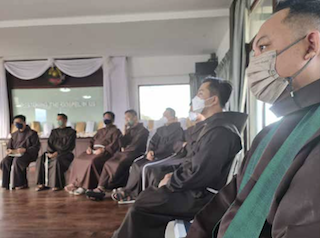 And Jesus said to... 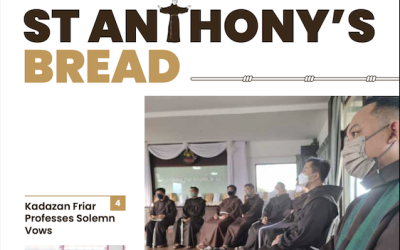